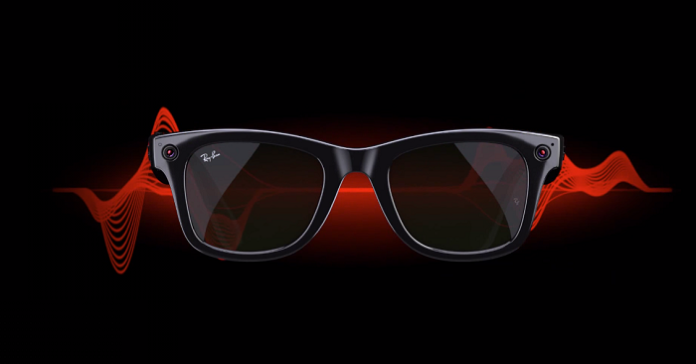 Although the smart glasses are not AR-enabled, they offer users a rather unique way of sharing their adventures through:

Starting at $299, Ray-Ban ‘Stories’ are available in three styles – Wayfarer, Round, and Meteor.

Built into the frame, Facebook have implemented a newly-developed multi-camera hub that enables users to record what they see at any given time. Simply tap the button at the top of the arm and the glasses will begin recording.

The ‘Stories’ feature dual 5-megapixel cameras, open ear speakers and built-in storage equipped with the capacity to save up to 500 photos or 30 videos – all of which can be downloaded to the companion app.

The addition of open ear speakers allows users to listen to music and take phone calls through the glasses. Facebook have also made it possible to activate Glasses Capture via voice command.

According to Facebook, the glasses use Beamforming technology and a background noise suppression algorithm to provide an enhanced calling experience that is not too dissimilar to that of dedicated headphones.

The device also benefits from Facebook’s advanced capture stabilization tech, potentially giving it a leg up on the competition (Snapchat, in particular).

The real question is – how will they fair in the real world? Only time will tell.